Hello fellow Internet surfers. Today I got a package, or rather two, with pretty cool things. I got a lot of money from my salary (probably not actually that much, but to me it was) and when I got that I was also blessed with the rest of my non-smoking money from my grandmum. So after getting more money than I’ve had since I was fifteen I thought I could shop a little. Two of the things I bought of off the incredible Internet shop ThinkGeek.com arrived today, but the thing I was looking mostly forward to hasn’t arrived yet. I suppose it’s shipped separately. The object I’m referring to is the Blue Canary In The Outlet By The Lightswitch (yes, it’s a thing!). If you’re familiar with They Might Be Giants you probably know what I’m talking about. I am of course referring to this bad boy: 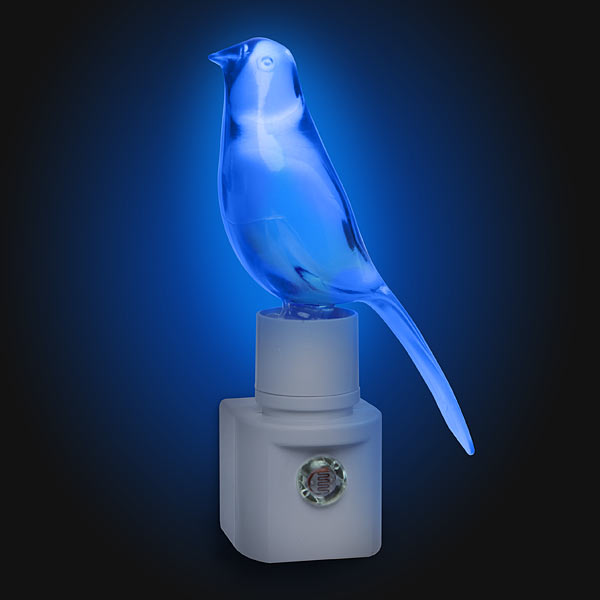 I will show you all the awesome stuff I got when I get all of it. Also, when I learn to take pictures of things without looking like an idiot.

Now, I am aware I don’t talk about a lot of things that’s interesting to the general public and I’m sorry for that. And I would honestly like to. But instead of talking about news and stuff (which I’ll do whenever I feel like it and when it doesn’t depress me) I thought I might talk a little more about philosophy, which is a subject that interest me a lot. Also, in addition to teaching you I’ll be teaching myself, because though it does fascinate me I don’t really know too much. It will be good for both of us.
I suppose I could make a day out of it, like Symphonious Thursday, and chose a day that I don’t normally do much like, believe it or not, Monday. I’ll have to come up with a good name for it as well.

I can start with saying this: did you know that if you go to Wikipedia.com, chose a random subject and click the first link outside the parentheses (if there is one, if not pick the first link) and continue like that for every page you end up on you’ll eventually end up on Philosophy? When you don’t the universe explode. Just kidding; you’ll end up in a loop.
Not really philosophy, but a fun fact. Try it.