I just wanted to apologise again for the late post. I know it’s horribly stupid and I am really really sorry. I realised that I was in fact quite busy yesterday as well. Also I got a horrid rash under my arm and it is literally killing me (not literally) to move my arm even the tiniest bit. I have to wear this to relieve the pain.

It’s a huge stretchy band-aid, and it helps a bit. I just wanted to explain myself and just let you know that writing this hurts a lot, so be grateful!
I also wanted to say that I’m going on another trip in August. My friend and I are taking the flight to London June the 9th and we’ll be home the 13th. And I’ll tell you everything from that trip as well, though it might not be as cultural.

Now back to the good stuff. We left home early in the morning the next day to have yet another dose of Antoni Gaudí. This time we visited the another one of his famous buildings, Casa Batlló. We admired it from the outside with some other students and even took some pictures of it: 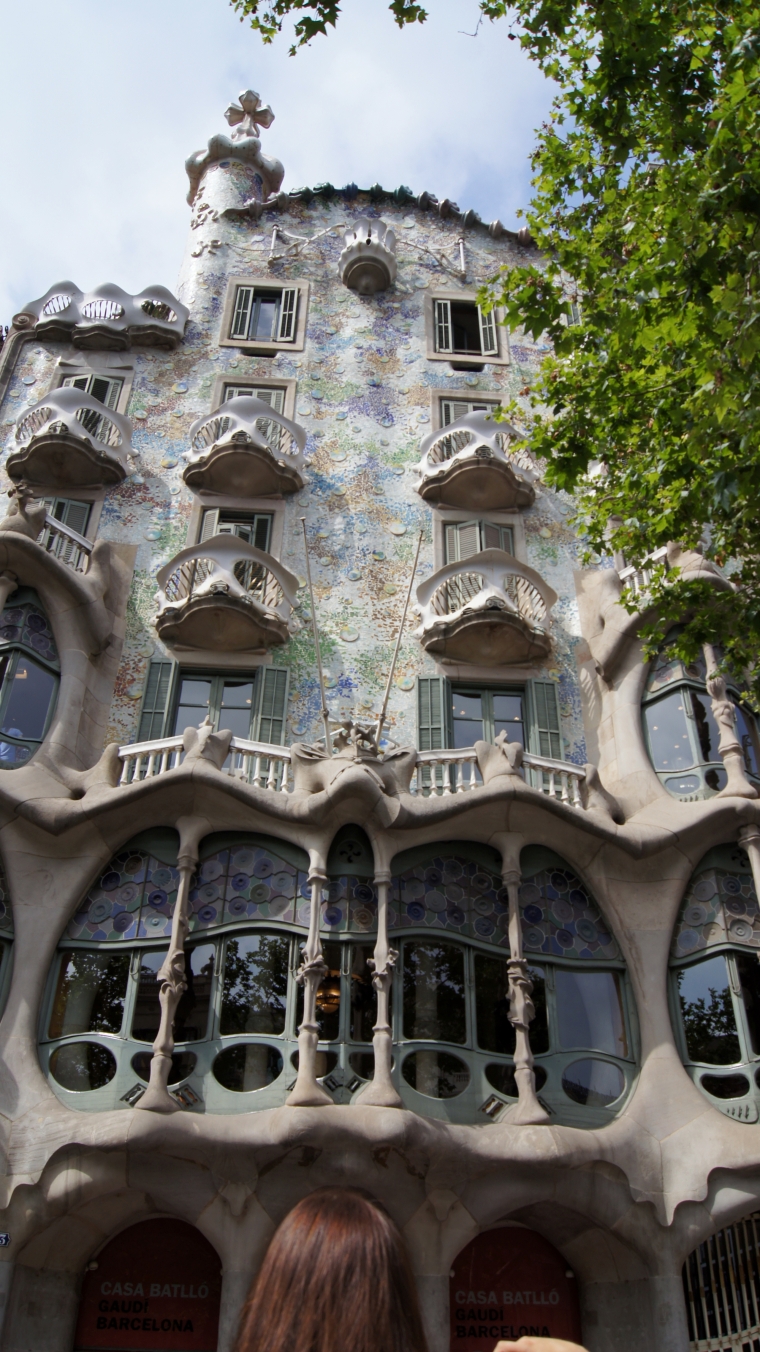 And there was this strange thing. You’ll have to excuse me if it’s not really that strange, I haven’t really been reading a lot about this, I’ll have to admit, but you can click on the name up there and read yourself, if you want. These tiles were made by Gaudí as well…

… and the strange thing was that on these tiles, from this Casa Batlló to the other Casa Milá there was a trail of red paint that seemed to have been dripping endlessly from a paintbrush held by a man (or woman) walking from one building to the other. And as I said I don’t know why. I thought I had a photo of it (one of the several reasons why this post is late is because I was trying to get that one particular photo), but I looked through the pictures now and it wasn’t there! I’m sure you can find it somewhere on the internet, but I would have liked to show you that we also noticed it.
So we followed the trail till we got to a Starbucks and had a cup of coffee. Then we followed the trail over to Casa Milá. We stood in line for a good half hour before we got in and waited another half hour for our teacher to fix the tickets. We then had to put our bags in an X-ray machine and they had to take away my guns. Only joking. I don’t have any guns. I promise. Then we were told we could use the elevator, but being the sporty gang that we are we took the stairs, 8 stories up to the roof, where we took some amazing photos. 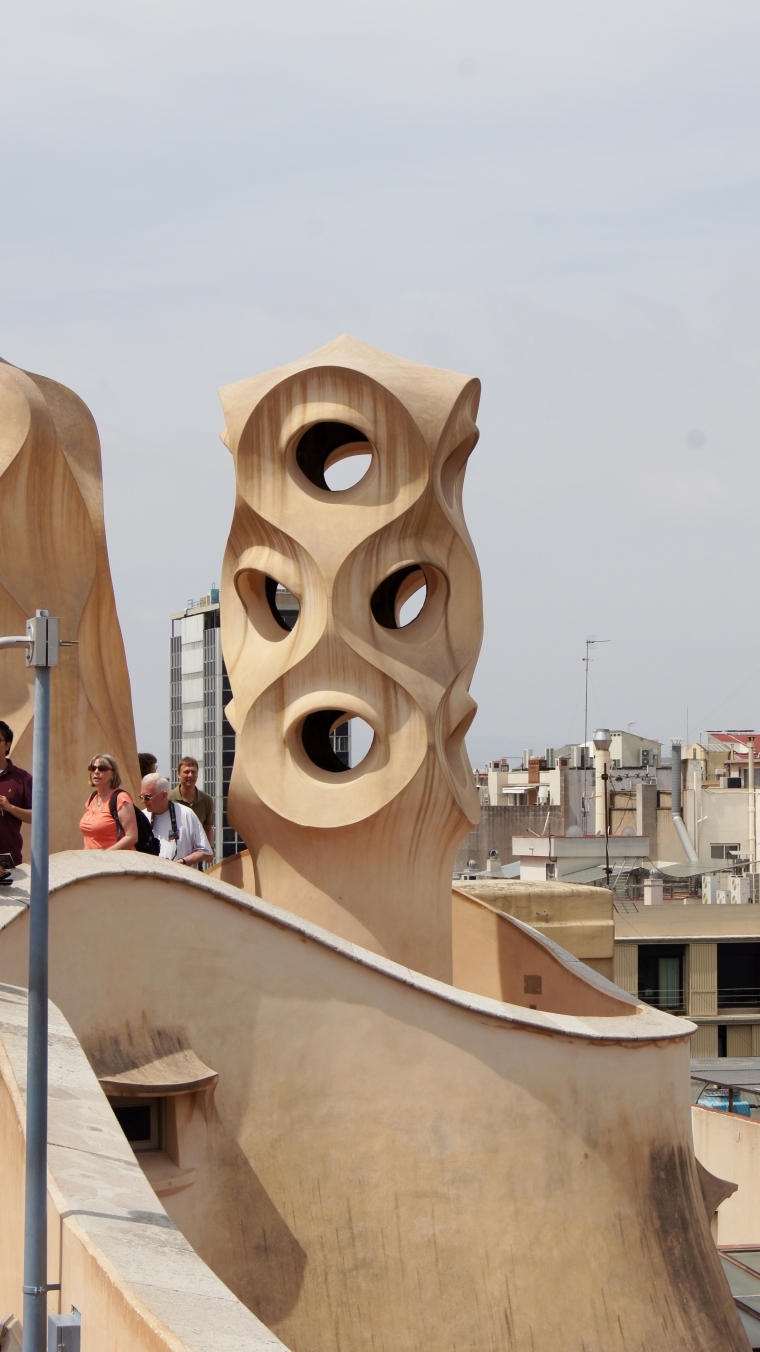 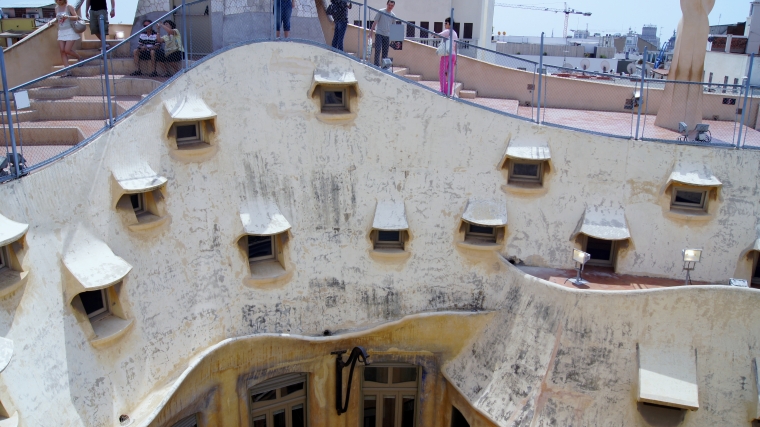 If you’re familiar with the building you might already know that it is round, which not only means it has a circular shape, but it actually has a hole in it. In the middle, obviously. I am pretty sure we took a picture of the hole at the bottom, but I don’t have it. It was quite beautiful though.

When we had spent enough time on the roof we went back home (and I changed clothes). And after a nice lunch we went out again for a final dose of Antoni Gaudí. This time we visited Park Güell. I can honestly say that the only time I really wished I had a camera for the entire trip was when we entered this park. It was absolutely beautiful, and I was really surprised. I had seen pictures before, only I had just seen the infamous mosaic salamander…

… and some plants. But it is nearly impossible to take a picture to capture the entire beauty of it all. It really was amazing and I don’t have enough photos to show you. But I can show you some pictures of us, which is almost the same. 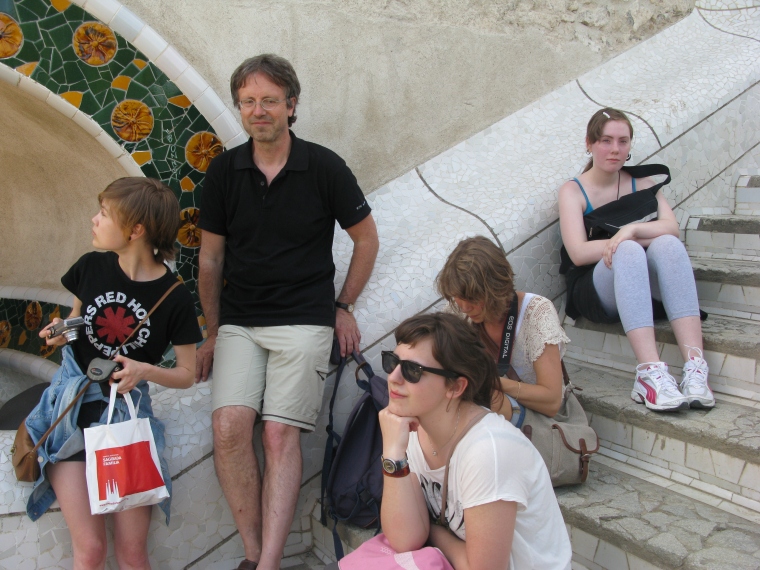 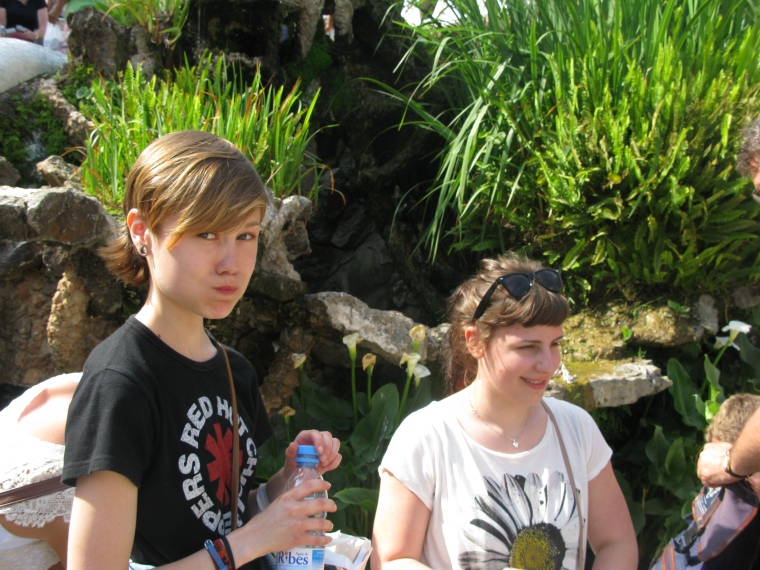 Alright we did take some pictures of the park as well. Only I don’t understand why we didn’t take any more. 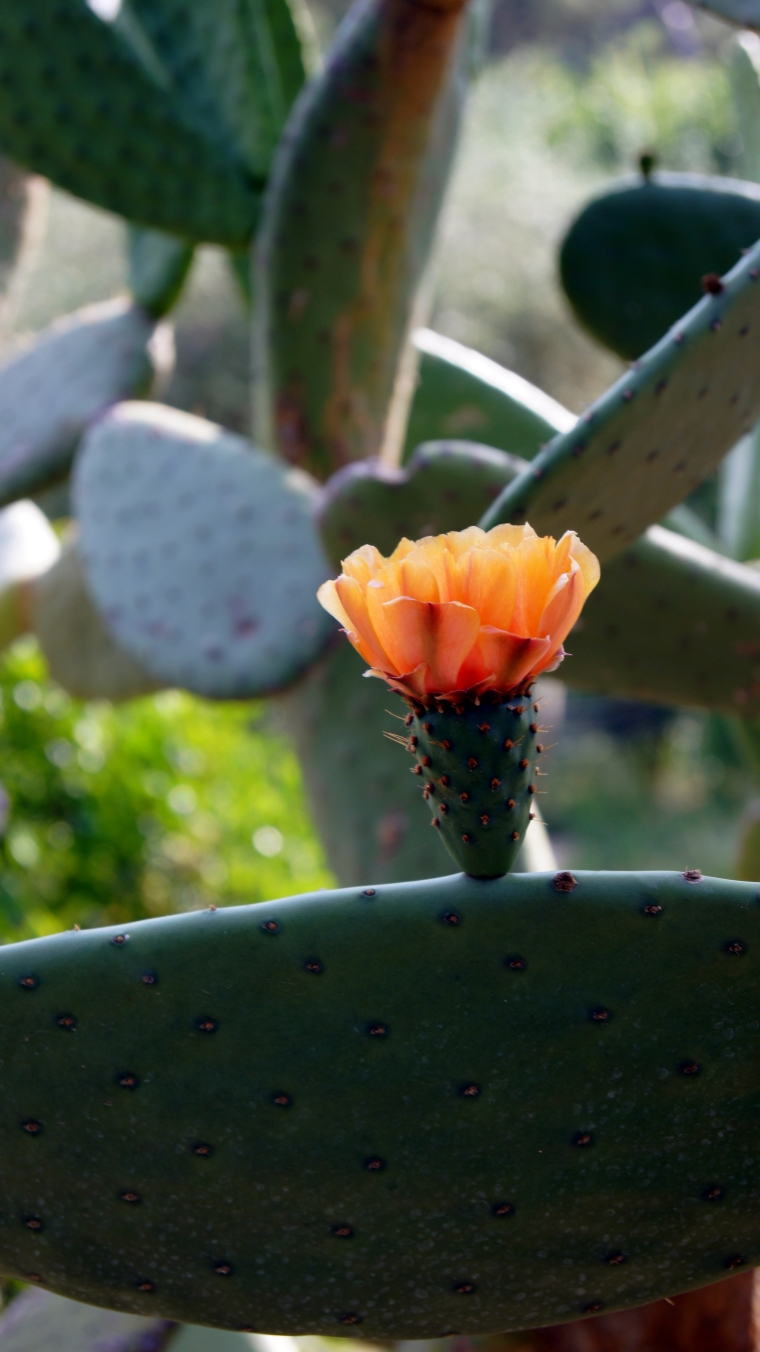 I don’t know if you can see it but the entire roof is mosaic.

After a long awesome day and a lot of impressions we went home for a nice sleep.